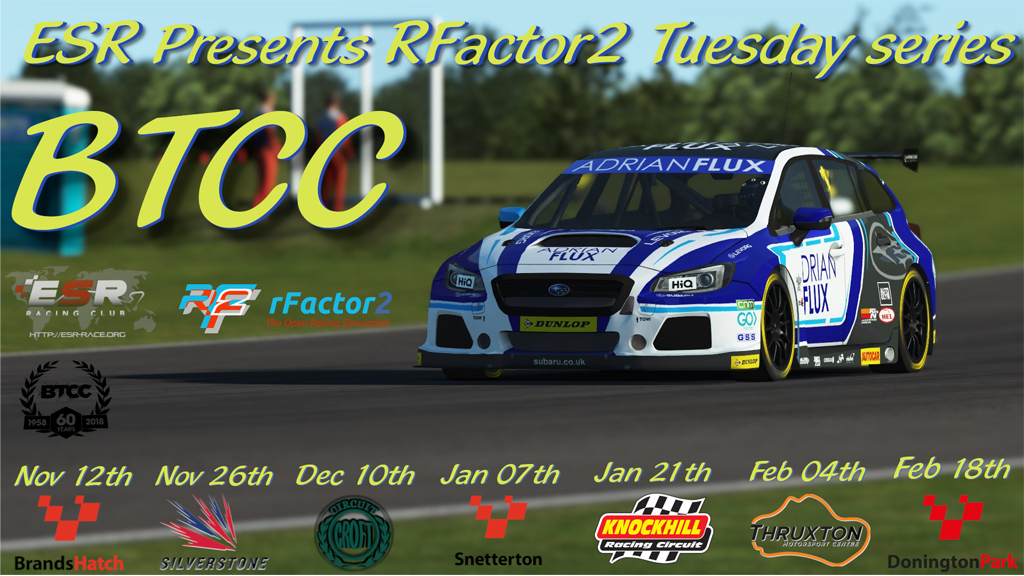 The second season of the 3D Speed Series arrived and filled the winter with GT3 racing with a twist.

Most of the features from season 1 return; an overall drivers championship along with a secondary cup for slower drivers and a team championship cup. The round format remained the same. One 30 minute main race followed by a 15 minute sprint with the top 10 reversed on the grid. The time and day have remained as well. So what was different?

The biggest change was the car. While till running GT3s, it’s an experimental class of Legacy cars. What does Legacy mean? Unfortunately the current generation of GT3 cars in Raceroom are not very balanced with the AMG, C7 and R8 being really the only viable cars at most tracks, we wanted to encourage more car variety with more viable options and not just ballasting the heck out of other cars. So we used older GT3 cars which means no Audi R8 Second Generation, BMW M6, Corvette C7, Mercedes AMG, McLaren 650S and Porsche 911. Anything else is allowed and should encourage more variety.

The Teams have also changed, as we allowed 3 cars to a team, with a driver rating system, that should keep the teams roughly equal. 4 Points for a Platinum driver (championship contenders and historical podium competitors), 3 for a Gold driver (fast, consistent and capable of the occasional great result), 2 for a Silver and 1 for a Bronze. 3 Cars teams have 8 points and a 2 car team has 6.