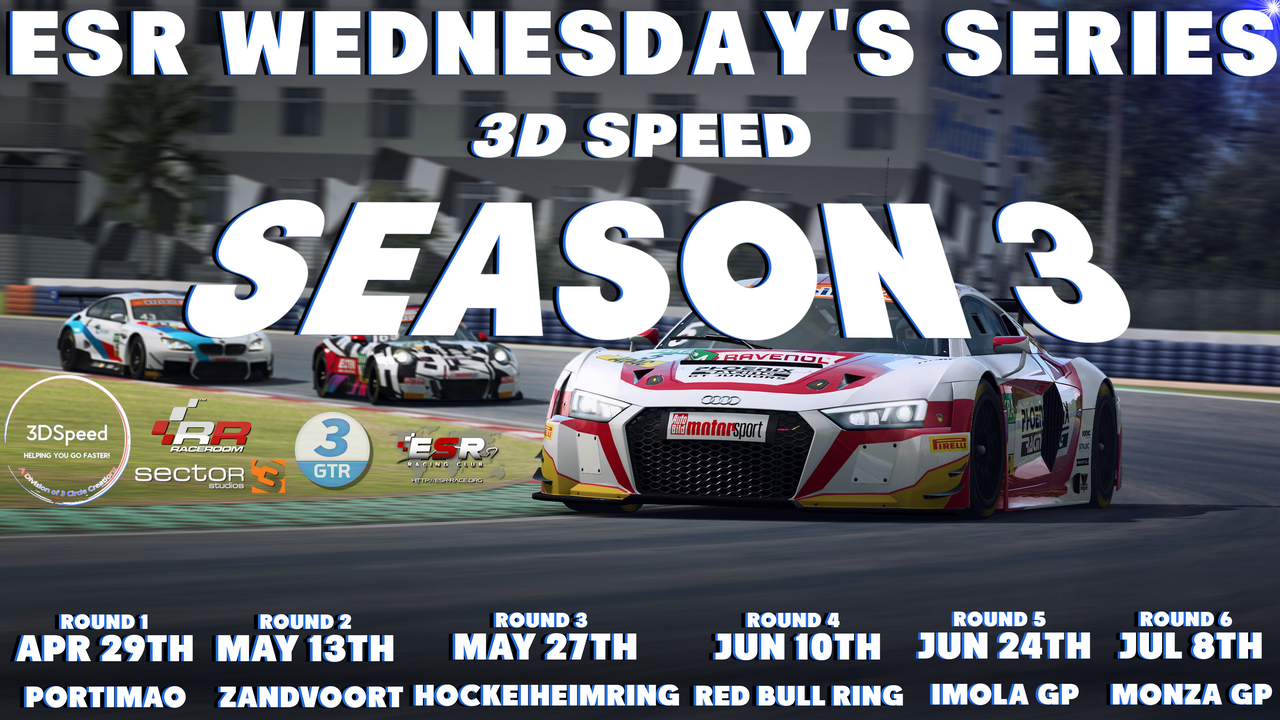 The ESR 3D Speed Series is back for the Spring Season 3 that will take us to some of the most famous tracks in Europe. Circuits such as the Red Bull Ring in Austria and the Temple of Speed at Monza, Italy. These tracks will challenge drivers and their GT3 machinery for a Driver’s Champion, an Amateur Champion (for drivers rated bronze and silver within ESR) and a Team Championship.

RaceRoom currently has a very competitive BOP among the current cars and some slightly outdated ones including the Audi R8 LMS, BMW M6, Callaway C7, Mercedes AMG and Porsche 911 (2019). Sadly the McLaren 650S though part of the same generation struggles to keep pace. But there is a car for everyone’s style of driving.

Teams are allowed to consist of 2 cars or 3 cars if they take a Bronze driver as part of their lineup. Drivers are classified based on a modified Ranking system with the best drivers being Diamond and the newest or less serious drivers taking a Bronze Rating. Teams will have rules that keep the best drivers from congregating to keep things competitive.

Also we at ESR will once again be using the Performance Index System (a system that looks at a driver’s pace and craft to determined their rating as well as their ballast) to assign ballast to the top racers.