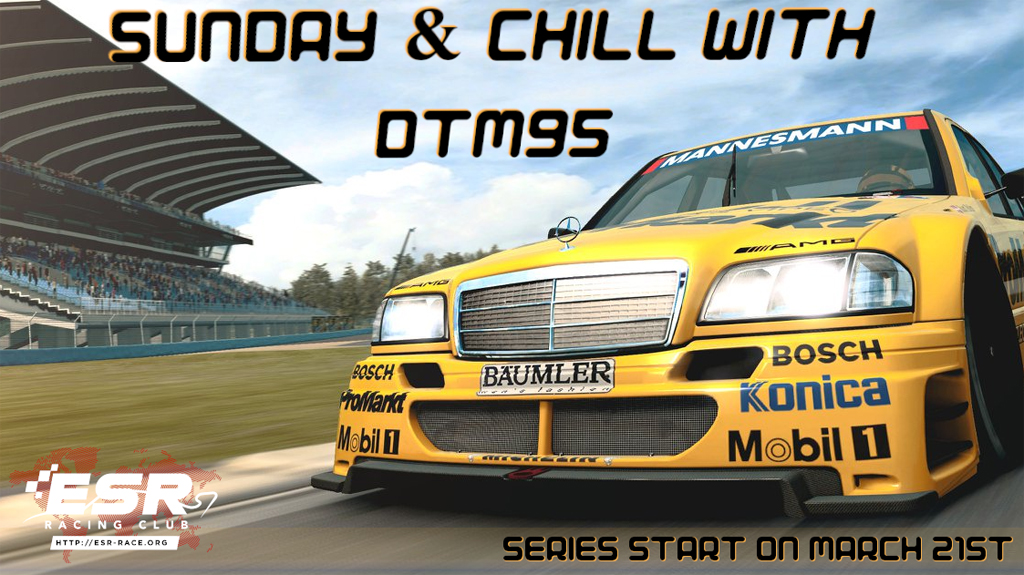 We will race on three circuits that were also used in the real world 1995 DTM series as well as a fourth filling in for circuits missing from RaceRoom. The first round is a test round that won’t affect championship results.