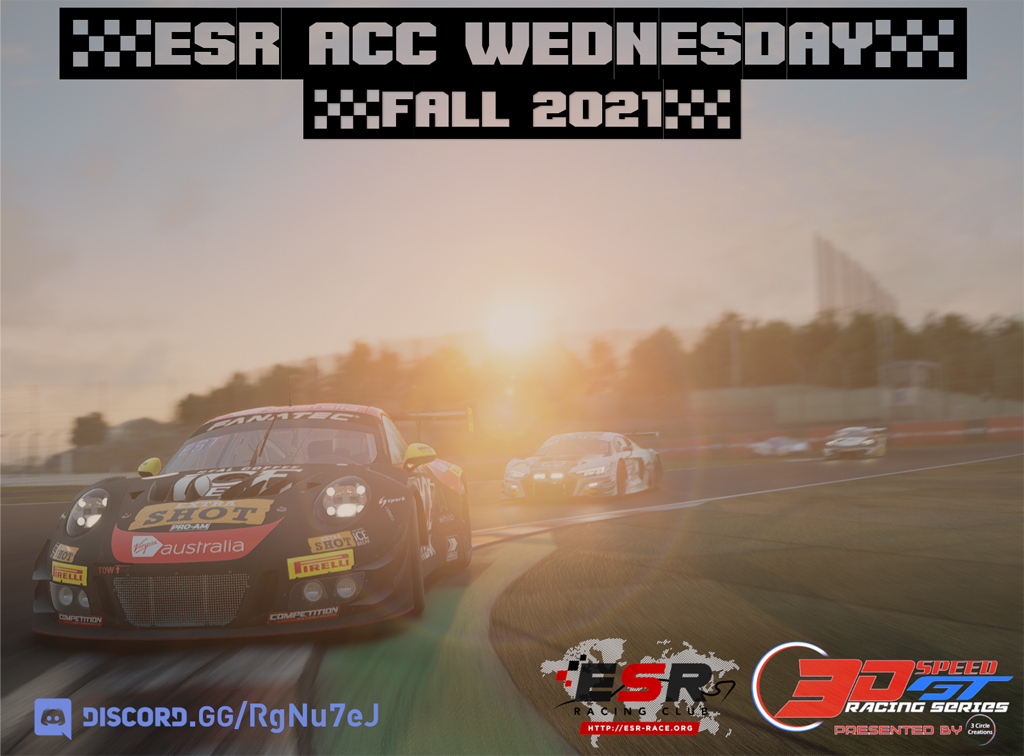 3D Speed returns on Wednesday nights with more GT3 action in Assetto Corsa Competizione.
It’s a lot of the same from the Spring Series which wrapped up in July, 2021.
Many of the same tracks with Monza, Imola, Silverstone, Spa and Kyalami returning to the Championship along with a new addition from Japan in perhaps the most storied Asian track, Suzuka.


As in the past there are a couple of different trophies will be awarded come seasons end:

We’ll be headed to some of the best tracks in Europe, North America and Africa again this season.

Unfortunately due some of the aspects to our servers we do not allow the RaceApp Self Service option. Please contact @Meodread#3226 on the ESR discord server to join the series. You will need to have your car model, livery and car number ready to complete your entry as well as any team arrangements.

Custom liveries are permitted this season however they must be limited to 240 KB in size and are reserved for drivers that arrive before qualifying normally to avoid disruption of the server.

As mentioned above, sign up for this series is by message to @Meodread#3226 on the ESR discord server.
If you require help signing up, please ask in our discord General Chat channel.